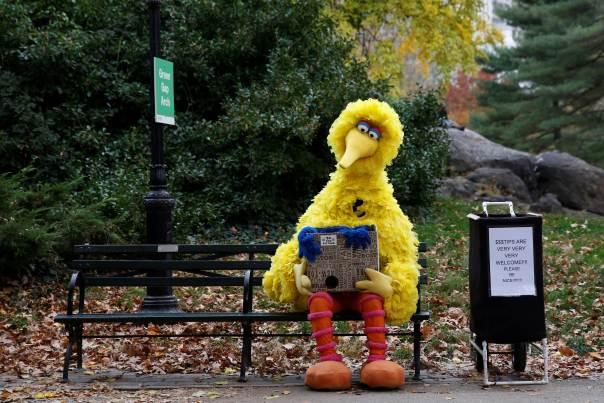 Let’s take a look at estate planning in a more unique way by exploring 19 Weird Will Requests Inspiring Us to Think Outside the Box. These are real, out of the ordinary things people (some deceased, some still alive, some famous, and some not so famous) have included in their estate planning. These are in no particular order, so you can be the judge of which are the most surprising and unique. (Number 8 is my personal favorite;) Here we are! 19 Weird Will Requests.

Legendary US comedian Jack Benny left an unusual but touching instruction in his will when he died in 1974. “Every day since Jack has gone the florist has delivered one long-stemmed red rose to my home,” his widow Mary Livingstone wrote in a magazine, shortly after his death. “I learned Jack actually had included a provision for the flowers in his will. One red rose to be delivered to me every day for the rest of my life.”

Anne Hathaway, aka Mrs. WIlliam Shakespeare, has gone down in history as being snubbed by the Bard from beyond the grave. In his will, Shakespeare left her his “second-best bed” while the vast bulk of his estate went to his daughter Susanna.

When Portuguese aristocrat Luis Carlos de Noronha Cabral da Camara wrote up his will, he left his considerable fortune to 70 strangers randomly chosen out of a Lisbon phone directory.

Playwright George Bernard Shaw saw use of the Latin alphabet for writing English as a great waste of time, energy and paper. In his will, he stipulated that a competition should be held to create a new writing system for English and made provision for a generous prize. The competition took place in 1958 and Kingsley Read’s system, called Shavian, was chosen as the winner out of the 467 entries. Shaw’s will also stipulated that his play “Androcles and the Lion” should be printed in the winning alphabet. Few other texts were printed and Shavian was never seriously considered as an alternative for writing English.

A clause in Harry Houdini’s will requested his wife conduct an annual séance. Houdini had his wife memorize a secret “code” that he thought would use identification to prove communication from the “other side.” She honored the request for 10 years on Halloween, the anniversary of her husband’s death.

Oprah (who is still living, thank goodness) established a trust funded with $30 million for her pet dogs, so that they will continue to receive excellent treatment and care. She plans to give the bulk of her $3 billion estate to charitable causes. “When I’m gone, everything that I have is going to go to charity because I don’t have children. And I believe that that’s what you should do,” she said. “To whom much is given, much should be given back.”

Janis Joplin made changes to her will just two days before her death. She set aside $2,500 (which would be similar to leaving $16,000 today) to pay for a posthumous all-night party for 200 guests at her favorite pub in San Anselmo, California, “so my friends can get blasted after I’m gone.” The bulk of her estate reportedly went to her parents.

8. Burial in a Pringles can:

In 1966, Fredric Baur came up with a clever way for Procter & Gamble to stack chips uniformly rather than tossing them in a bag. He was so proud of the achievement, he wanted to go to his grave with it. So, when Baur died in 2008, his children buried the 89-year-old’s ashes in one of his iconic cans.

Lawyer, philosopher, and social reformer, Jeremy Bentham (1748-1832) – as per his will’s instructions – was embalmed, stuffed with hay, dressed, and placed in a chair. His body is displayed at University College London in a glass case.

Robert Louis Stevenson, author of “Treasure Island,” decided not to leave money or property to loved ones, but something far more personal: His birthday. He gave his birthday to his friend Annie H. Ide, whose birthday fell on Christmas day and who admitted to Stevenson that she felt cheated out of a “real birthday” – He left her his birthday of November 13th.

Napoleon Bonaparte put an odd bequest in his will. Upon his death in 1821, his will directed that his head be shaved and his hair be distributed among his friends.

Heiress to the Quaker State Refining Corporation, Eleanor Ritchey, left about $14 million to her 150 stray dogs. When the last dog died, the remainder went to Auburn University Research Foundation with the funds dedicated to research on canine disease.

Marvel’s late editor, Mark Gruenwald, who had a huge impact on Captain America and Iron Man comic books, loved his job very much. He loved it so much that he wanted to continue being a part of the Marvel universe even after his death. In his last will and testament, Mark asked that a comic book be published using special paper manufactured in part using his ashes.

John Bowman, a wealthy gentleman from Vermont, strongly believed in life after death. He unfortunately lost his wife and two daughters during his lifetime. But John knew that after his death he would rejoin his family. In his last will and testament, John provided a $50,000 trust fund which was created in order to maintain his 21-room mansion to make sure that the dinner was served every night, just in case John and his family showed up one day and felt hungry. The dead man’s request was carried out till 1950, when the money ran out.

15. His wife only if she remarried:

Heinrich Heine, a poet from Germany, left his widow Mathilde all of his money under one condition: she could inherit it only if remarried. Heinrich explained his strange stipulation by saying “Because then, at least one man will regret my death.”

Wellington Burt, a magnate from Michigan, died in 1919 leaving a very unusual request. He stipulated that his massive wealth would be inherited by his descendants only 21 years after his last grandchild dies. Burt’s last surviving grandchild died in 1989. 21 years later in 2011, 12 far-removed relatives of the eccentric merchant have finally been paid out. Each of them got about $110 million.

Leona Helmsley, the notorious “Queen of Mean”, was a huge dog lover. When she died in 2007, she left close to 12 million dollars to a pet trust for her beloved Maltese dog, Trouble. Leona wasn’t the first person who bequeathed her wealth to a pet, but hers was the most massive, making Trouble one of the richest dogs ever.

Gene Roddenberry, the creator of Star Trek, was a huge space admirer. Gene was also the first man in history whose cremated remains were flown into space.

Charles Millar, a Canadian attorney, died a childless bachelor, but he left $568,106 to the mother who gave birth to the most children in Toronto in the 10 years following his 1928 death. This bequest prompted what Canadians called “the Baby Derby” as mothers raced to win the fortune. In 1938 four winners split the prize after giving birth to nine babies apiece.

What would yours be??

Whether you have “normal” requests or “out of the ordinary” ones like the people described above, it is a wise idea to get your estate planning in order now.  Completing an estate plan will provide some much-needed peace of mind and you truly can be as creative as you want.

A Note from the Attorney, Stan Pierchoski

The practice of law is a second career for me. After obtaining Master of Science degrees in both Nuclear and Mechanical Engineering, I worked in the Nuclear Power Industry for 15 years. Always having an interest in law, I attended and graduated from law school and founded the Pierchoski Law Firm in 2002 in Pulaski, TN. For several years I practiced as a criminal defense, trial attorney. After my parents passed I became interested in Trust and Estate Law and felt a strong calling to change my practice to the Estate Planning area.
For years I have been exclusively doing trust writing and wealth planning and have become proficient at it. Over the last several years my practice has evolved to serve all age groups including elders and Medicaid Planning. I am always open to your questions and am more than happy to chat with you about your concerns so give me a call or stop by my office. You’ll be glad you did! 931-363-7222.