Five Reasons To Never Give An Outright Inheritance To Your Children 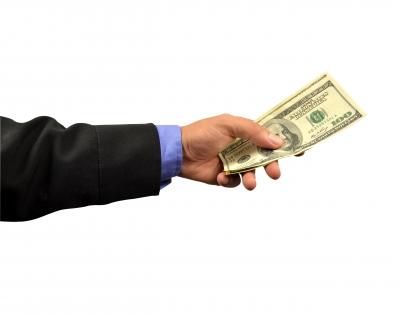 Pierchoski Estate Law knows that you want to leave an inheritance for your children. It’s likely part of what you are working so hard to do. But, far too often, the way we leave those inheritances actually does more harm than good.

Giving outright ownership of our assets to the kids could put everything you’ve worked so hard to leave behind at risk. Why, how and what can you do about it? Let me share with you the five reasons leaving an outright inheritance to your kids is a mistake and then show you the way to protect your kids’ inheritance for many, many generations.

1.Your Child’s Future Divorce. According to current statistics, forty-two percent (42%) of our children will divorce during their lifetime. In most divorces property is divided evenly. So if you have a married child, or a child who will get married in the future, and you leave them an inheritance, and they later divorce, as much as half of their inheritance could go to their ex-spouse. You aren’t working as hard as you are to support your child’s future ex-spouse, right? Good news, there is an alternative!

2.Extreme Debt/Bankruptcy. Your child may incur such extreme debt that the only possible relief will come through bankruptcy. Possible causes of such debt are a business venture gone bad, a health event, such as addiction, mental illness, accident, or disease that results in either a temporary or permanent inability to work in combination with staggering medical bills, or an accident, resulting in judgment, as discussed below. Bankruptcy does happen to good people and you can ensure that the inheritance you leave behind will never be at risk due to a mistake or health issue.

3.Lawsuit. Unintended neglect that injures someone’s person or property could wipe out an inheritance you leave your children.  For example, ACE Financial Services, Inc. in 2012 found these lawsuit judgments:

5.Lost Work Ethic. Thomas Stanley and William Danko in their book, The Millionaire Next Door, uncovered research showing that children who received an inheritance were worth four-fifths less than others in their same profession who didn’t. Vic Preisser, of the Institute for Preparing Heirs, says that unprepared children who inherit money are susceptible to excessive spending, identity loss, and guilt over receiving money they didn’t earn. Preisser says, “In a year to 18 months, everything falls apart — marriage, finances — and if there is a drug problem it becomes worse.”  Thus leaving an outright inheritance to our kids, may do harm instead of good.  But there is an alternative!  As we can see, an outright inheritance is NOT the best answer for your kids. Most lawyers would tell you that the answer is to leave your kids’ their inheritance in a Trust and they’d be right, but they would likely still distribute that Trust outright to your kids at specific ages or stages.

Pierchoski Estate Law has plans for your family that are far, far better.

And you can even build in provisions to allow your child to become the Sole Trustee of the Trust or the right to become Sole Trustee at specific intervals, as well, giving them effective full control without the risk of ownership. There are quite a few nifty additional ways we can structure this trust to meet the needs of your unique family and children. When you come in for a Family Wealth Planning Session at Pierchoski Esate Law, if you desire to provide the most airtight form of asset protection for your child, and set up a structure that incentivizes them to invest and grow their inheritance rather than squander and waste it, we will discuss all the options with you then.

One of the benefits of a Family Wealth Planning Session is that you will get more financially organized than you ever have been before and understand all of the options for ensuring everything you are working so hard to leave behind to the people you love is handled with the ease, grace and care you desire.